Many years ago I went with a group on cross-country skis up a mountain in Norway. After a few hours, we arrived at our location. It was pretty much nothing there. Only snow. Then we dug out a snow cave and slept in it for one night!

We went as a group of 30 people with two experienced instructors. They gave us instructions and training before we left to prepare us for the trip.

We took a bus to the mountain to start our excursion. We then put on our skis, and each of us had a large backpack with all our gear we needed for the next few days. It was the first time I had traveled for hours on cross-country skis up a mountain with such a heavy backpack!

I think some of the most beautiful scenery in the world is of the mountains in Norway. And then to be able to go on skis up the mountain in sunny weather made it an incredible adventure for all of us.

I often snowboard but enjoy cross country skiing as well. To go out in the woods during winter on skis for a few miles, and then sit down to rest, open your thermos with a hot drink while you enjoy a chocolate bar is just heavenly. It’s quiet and so relaxing being surrounded by white snow, green trees, and a blue sky.

Digging Out The Snow Cave

But this trip was not a trip to just relax in the woods with a hot drink and some chocolate. This was pretty intense, and not much time to just sit around. After traveling on skis up the mountain, we finally arrived at the location where we were to build the snow cave.

It was pretty much nothing there. Not a building for miles and miles. Just a huge mountain with lots of snow with meters of deep snow.

I had built many snow caves before, but that was all in our neighborhood growing up. We never slept in any of those snow caves; we made them just for fun. This would be the first time any of us would sleep in the snow cave. We started digging and would be digging for 6 straight hours!

I was not prepared for the amount of time it took to dig out the snow cave, but quickly realized it would be a lot of work if 6 people were to fit inside of it! Besides, it had to be built correctly.

We tried to follow the instructions our instructors had given us to our best ability. But we were really tired after so much digging, right after traveling for hours on cross-country skis.

One of the instructors had also scared us a little saying that if we did not make the ceiling correctly, it would cave in while we slept in it. If it caved, he would have to drag us out by the feet and hope we were still alive. He said this had supposedly happened to some others a few years before… “Great” pep talk to motivate us to build the snow cave correctly!

But it was true that we had to build the snow cave correctly. I heard recently that someone slept in a snow cave and it did cave in. They actually had to be pulled out by their feet!

It was now getting dark, and we had to hurry up and finish the snow cave before it got too windy. When the sun goes down in Norway, and the wind really picks up, it can get extremely cold. Trust me, you do not want to be stuck outside in the wind! We finally completed the snow cave and could by now hear the wind blowing intensely outside.

Dinner Inside The Snow Cave

Inside the snow cave, we had flashlights and started preparing our late night dinner. After a long day of traveling on cross-country skis up a mountain and digging for 6 hours to make a snow cave to sleep in, canned food had never tasted so good!

It ended up being quite cozy in the snow cave eating out meal. If you’re claustrophobic, you’d probably not really enjoy this part that much since it was pretty tight inside the snow cave.

Here is a picture of us inside the snow cave

Sleeping In The Snow Cave

We went to sleep that night wondering if the ceiling would cave in on us. We also wondered if we had dug the exit deep enough to trap the warm air inside! But we quickly fell asleep since we were pretty much exhausted from a long day.

We woke up in the morning and actually slept really well inside the snow cave. The temperature was perfect, and the ceiling had just caved slightly on one end. We were happy we survived! The weather was great, and we got ready to continue our journey across the mountain.

I’m grateful for the opportunity to go on such a trip up a mountain during winter time, dig a snow cave and then sleep inside of it. I know that not very many people get such an opportunity in life.

I always learn a lot about myself, and the people around me during these types of experiences.

Fatigued, hungry, freezing cold, pitch black with strong winds outside in the middle of the winter on a mountain far away from civilization, and I have to dig downwards in the snow to create a snow cave to sleep in to survive?!

What are the thoughts that go through my mind? Do I freak out? Do I want to give up? Does my attitude change toward others?

I have no idea what it’s like to be under immense pressure like soldiers in war. It’s truly remarkable how they are even able to make it through such terrible situations.

But from the few situations I’ve been out of my comfort zone, I have learned a lot about myself. It’s been fascinating each time to see how I respond, react, and deal with such situations.

If you ever get a chance to do something similar I would encourage you to go for it and find what’s in the core of you! 😉

Have you ever been in a similar situation before far out of your comfort zone?

You can check out my other stories from traveling and living overseas here. 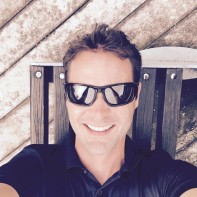